CFJ Spring Seminar: Baby removals in Aotearoa New Zealand: reform and prevention in a colonised context - 9am Tuesday 25th May 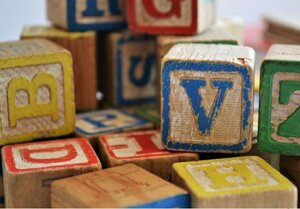 Associate Professor Emily Keddell and colleague Kerri Cleaver will talk about recent trends in baby removal patterns in Aotearoa New Zealand, with reference to its history of colonisation and the interplay between the media and public accountability. The talk will also report findings from a project examining family and community practitioner views of what helps prevent removals.

Emily Keddell is an Associate Professor in Social and Community Work at the University of Otago, Aotearoa New Zealand. Her research focusses on the child protection system, specifically inequalities in system contact, decision-making variability, knowledge interpretation in practice, the use of algorithmic decision tools, and policy analysis. Her work highlights issues of equity and power within the child protection system. She is a founding member of the Reimagining Social Work blog, an associate Editor of Qualitative Social Work, and a member of the editorial collective of the journal Aotearoa New Zealand Social Work. She is currently engaged in a project examining what helps prevent babies being removed from their families of origin.

Kerri Cleaver is Kāi Tahu, Kāti Māmoe and Waitaha (from the tribes of the south island of Aotearoa). She is currently a Principal Advisor Māori at the Office of the Children’s Commissioner, Aotearoa New Zealand. She has also lead the development of the Ngāi Tahu mandated whānau care service, Tiaki Taoka. Kerri is a keen researcher, currently completing her PhD. Her research interests are in the re-visioning of state services, particular to Māori. Looking at the creating of spaces for Māori to self determine what approaches to whānau and mokopuna (families including extended and children and young people) wellbeing looks like in the face of macro to micro needs such as poverty, racism and mental health.

Baby removals in Aotearoa New Zealand: reform and prevention in a colonised context

In 2019 a media story broke showing attempts by the child protection agency in Aotearoa New Zealand to remove a newborn baby from his mother at a Hawkes Bay hospital. The outrage that followed lent weight to the concerns of many that the removal of babies was increasing, as well as increasing disquiet in regards to the disproportionate impact of those removals on Māori women and their families. Despite groundbreaking legislation in 1989 that supported the rights of whānau, hapū and iwi[1] to retain care of children, disproportionality had been slowly increasing for Māori children in care, while the overall rate of babies being removed had also increased. Other research points to disparities in child protection intervention based on other forms of social inequities, particularly deprivation and poverty, with children in the most deprived decile having 21 times the chance of substantiation and 9 times the chance of care as those living in the least deprived decile (Keddell et al., 2019). These inequities intersect, as a third of children in the most deprived decile are Māori, and a greater proportion of all children live in high deprivation areas. The history of colonisation in Aotearoa and the impact of this on Māori families has long been documented, with many finding that the material and cultural oppressions of colonisation have created for some, harm to family relationships. In addition to this, however, over-surveillance, cultural denigration and bias in decision-making also contributes to the result of institutional racism in regards to Māori. Against this back drop, the Hawkes Bay case was salt in a long-open wound. It led to four major inquiries into the child protection system, including those completed by the Ombudsman, the Children’s commissioner, the Whānau Ora Commissioning agency and an internal review. Of particular concern was the use of ‘s78’ orders without notice – emergency orders used to remove newborns with no notice to families - clearly in efforts to stop women from either not attending hospital to give birth, or stopping them fleeing once there. Immediate practice changes of reducing the accessibility of these orders and requiring greater internal oversight of them, combined with greater efforts to offer preventive services and find whānau placements have markedly reduced the rate of babies entering care over the last year. Our project over the same timeframe aimed to gather the perspectives of whānau who had avoided removal, and the perspectives of community based practitioners who work with them most closely. Through case studies and focus groups, we identified a number of system level and practice level factors that assisted with retaining babies in their families of origin. These included the need for better access to early services that take a holistic approach to reducing family stress (including addressing material hardship); high intensity services; a focus on the whole whānau instead of just the mother; efforts to build community support networks; and the resourcing of, and devolution of power to Māori services. At the practice level, a focus on empathic relationship-building, practitioners with experience of parenting, and the mediating role of the community based practitioner between the family and the child protection service were key. In some cases this mediation took on direct advocacy and resistance to the intervention of the child protection agency, while in others, it was more a position of maintaining ‘mutual accountability’. This more mutual role included aspects such as ensuring the child protection service followed through on plans and didn’t change the ‘goalposts’, while also working with whānau to educate them about how the child protection service viewed risk, how to communicate with professionals, and supporting personal processes of change.