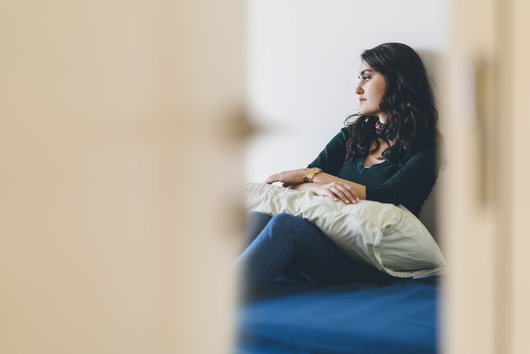 New research, undertaken by Professor Karen Broadhurst, Dr Bachar Alrouh and Dr Linda Cusworth, has been published today by the Nuffield Family Justice Observatory (Nuffield FJO). The report "Women in recurrent care proceedings in Wales: a first benchmarking report" can be found here. This is part of a programme of work being carried out by the Nuffield FJO Data Partnership team (more details available here), a collaboration between the Centre for Child and Family Justice Research, and Population Data Science and the SAIL databank at Swansea University.

The study looked at the 4,345 mothers who faced care proceedings in Wales between 2011 and 2018, and found that one in every four birth mothers in Wales who appeared in a first set of care proceedings were at risk of returning to the family court. For the very youngest mothers, the risk rose to one in three.

Care proceedings are issued in England and Wales under the Children Act 1989, when children are considered at risk of actual or likely significant harm. The courts can restrict or remove parental responsibility and children may be placed for adoption, with kinship carers or in foster care.

When parents have a child removed from their care the loss is felt acutely, and this is multiplied in cases of repeat removals. This loss also impacts on the child, siblings and wider family networks.

The new research reports that intervals between repeat care proceedings are short, with most returns to court occurring within three years of the initial proceedings. In some cases, one set of care proceedings starts before a first has concluded. This makes it very difficult for mothers to convince the courts that their lives have changed.

The research also shows that once a mother is known to the local authority or the court (having had a child removed from her care already), she is much more likely to have a subsequent child removed at birth.

This is the first analysis of the scale and pattern of “repeat removals” in Wales and builds on the research team’s previous work for England. Within the secure environment of the SAIL Databank at Swansea University, the team have been able to produce the first ever population-level estimate using valuable administrative data produced routinely by Cafcass Cymru.

The sizeable problem discovered in Wales is very similar in scale and pattern to that previously uncovered in England (click here for the English report) and highlights the need for services such as the Reflect programme in Wales (click here for more details), which supports women facing repeat care proceedings.